Fortunately, President Donald Trump is taking a measured approach to a most difficult situation. 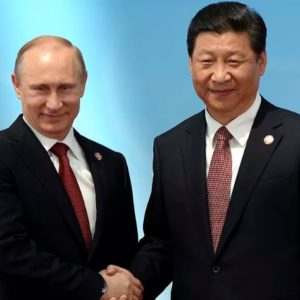 It was an audacious assault on the world’s largest oil production plant.

The Sept. 14 attack on Saudi Arabia at Abqaiq and Khurais, the world’s largest processing and oil production centers, halted more than half of the country’s oil production. The loss of 5.7 million barrels a day of oil exports makes it the single largest oil supply disruption in history. This loss of oil represents nearly 5% of the world’s total daily oil supply. The U.S. and some of its allies have reasons to believe Iran’s political regime is responsible for the unprovoked attack and counter measures need to be taken immediately.

Some countries are positioning themselves with Iran, such as China, which established a line of credit of $400 billion with Iran. This makes it possible, according to Iranian.com, “for Chinese investors to undertake projects in Iran without bidding.” This line of credit, at the same time, directly pays for access to political influence at the highest levels and grants access to oil at the lowest prices.

China has long enjoyed sweetheart economic deals with Iran and often takes advantage of its Iranian ally. After the nuclear deal (JCPOA) and the subsequent release of some of Iran’s blocked assets, China still held onto $22.5 billion of Iran’s reserves that were supposed to be financial guarantees for unnamed joint ventures projects and credits for imports. A war between Iran and the United States will give the Chinese government greater leverage to demand even more lucrative deals that will exploit Iran’s already dire economic chaos. Meanwhile, China silently devours Iran’s vast natural resources as U.S. sanctions further isolate the country from global markets.

Russia, too, is anxious to leverage Iranian desperation to its advantage. At a press conference on Sept. 16, Russian President Vladimir Putin, a longtime supporter of the Iranian regime, joked in front of Iranian President Hassan Rouhani about how he was “ready to provide appropriate assistance” to Saudi Arabia after the attack. Putin suggested the Saudis buy Russian surface-to-air missiles like Iran and Turkey. Leonid Bershidsky wrote in Bloomberg that this wasn’t just humor. “Putin was trying to persuade the entire Middle East that working with him is more effective than cooperating with the U.S.”

Just over a year ago, Russia was able to coerce Iran and three other countries that border the Caspian Sea (Azerbaijan, Kazakhstan and Turkmenistan) into giving Moscow access to major shares of water, oil and natural gas resources. The Convention on the Legal Status of the Caspian Sea, likely dropped Iran’s previous 50% share down to less than 13% — sparking opposition at home. If Iran were at war with the U.S. and needed Russian support, Moscow would demand even further concessions from its “friend.”

The critical player in this drama, however, is Mohammed bin Salman, the crown prince of Saudi Arabia. Commonly known as MBS, the crown prince seeks to maintain an image of strength and resilience. The Saudi ruling elite know that if they (or the United States on their behalf) initiate a military strike against Iran, there would be devastating counter-responses by Iran and its proxies against their own oil facilities. The latest attack may have temporarily shaken their oil production, but losing a few weeks of oil income is nothing compared to a protracted war that could cripple Saudi Arabia’s economy, drive away foreign investments and drag thousands of American troops into a regional or even global war.

MBS, however, does not share his compatriots’ fears. He embodies what former Secretary of Defense Robert Gates said in 2010 about how the Saudis always want to “fight the Iranians to the last American.”

Since 1979, when the Iranian revolution brought the clerics to power, the Iranian people have witnessed the costly Iran-Iraq war (1980-1988), the first Gulf War (1990-1991), the war in Afghanistan (1979-present) and the U.S. invasion of Iraq (2003). The last thing that either the American or Iranian people want is another manufactured war in the Middle East. Clearly, MBS’s ambition and the illicit economic benefits for Russia and China are additional reasons for the U.S. not to be dragged into another war — again.

Here at home, it is difficult to fight a war without the backing of Congress and the people. Fortunately, President Donald Trump is taking a measured approach to a most difficult situation. And contrary to the voices claiming he is war mongering with Iran, he has spoken out on behalf of the Iranian people on several occasions. When Iran downed an American drone, it was the president who felt the proposed military response was disproportionate action and ordered a stand down. Even now, despite his early “locked and loaded” posturing, he is taking a more measured and balanced approach.

Republicans and Democrats are very hesitant to take the U.S. into another war. And Trump apparently won’t reflexively back Saudi Arabia like a parent protecting a child.

If there is any lesson to be learned by the U.S. over the past 40 years of conflict, it is that America should not allow any actor on the world stage to cajole the country into another unwinnable, destabilizing and protracted war. The U.S. has lost thousands of American lives and trillions of dollars in the Middle East. However, avoiding war with Iran is not enough.

Iran’s regime can’t be bombed out of power. War would make the Iranian people suffer while the regime strengthened its grip. The only path to a lasting peace is to take steps that enable the Iranian people to choose their own destiny away from the oppressive theocratic dictatorship of the ayatollahs. If he can move toward this long-term solution, Trump will be on the right side of history and will act in the best interests of not just Americans, but the people in the Middle East as well.

Khosrow B. Semnani, an Iranian-American philanthropist, is the author of “Where Is My Oil? Corruption in Iran’s Oil and Gas Sector” and “The Ayatollah’s Nuclear Gamble.”