President Trump does not want an Iran war. 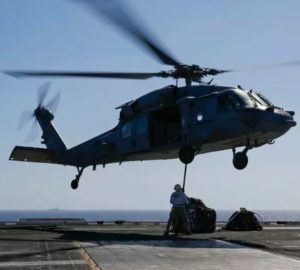 The president’s detractors — among them some of our European allies — have characterized Trump’s decision to withdraw from the Iran nuclear deal and reimpose sanctions on Iran’s ayatollahs as the opening salvo of another catastrophic war in the Middle East. In this narrative, National Security Advisor John Bolton and Secretary of State Mike Pompeo are cast as neo-con villains taking a page out of the Iraq war playbook. And the president is cast as a hapless and incompetent buffoon who has lost control over Iran policy.

Such fears are misplaced. Trump owes much of his popularity for breaking with the Washington establishment over the invasion of Iraq. He knows that as a maverick candidate, he clinched the Republican nomination and even the presidency on the force of his rejection of endless wars in the Middle East. Trump knows that an Iran war will harm his base and sink his presidency.

On Wednesday, Trump’s anti-war platform got a boost from an unlikely quarter. With the dispatch of an aircraft carrier group and the withdrawal of U.S. embassy staff out of Iraq raising fears of an impending war with Iran, Sen. Mitt Romney, R-Utah, came to the President’s defense.

Speaking to reporters at the Capitol on Wednesday, Romney, chairman of the Senate’s subcommittee on the Middle East, put to rest the notion that Republicans are warmongers:

“It’s close to inconceivable that the president, the administration, would consider a war with Iran.” Romney stated that: “The president made it clear when he ran for president that one of the worst foreign policy mistakes in American history was the decision to go to war with Iraq.” He added: “And that we would repeat that (is) unthinkable and something I can’t imagine the president or his senior staff would consider.”

Sen. Mike Lee, R-Utah, was even more direct. “I think it’s important that the administration know that they do not have the permission of Congress to go to war with Iran. The Constitution is very clear. Congress must declare war.”

Perhaps no senator, Republican or Democrat, has considered the risks of an Iran war, or expressed his opposition to such a war, more eloquently than Orrin Hatch. On Sept. 10, 2015, Hatch warned that the Iran deal was a bad deal that made war more, not less, likely.

“Neither I nor any of my colleagues seek a war with Iran; as I stated before, the Iranian people are not our enemies. They are our friends. No people have paid a higher price for the regime’s record of terrorism, mass murder, corruption, and duplicity than Iranians. The prospect of inflicting collateral damage on our long-suffering friends further counsels against any course of action that leads to war.”

The truth of the matter is that both

What will seal the fate of fundamentalism in Iran — and its threats beyond — is neither an Iran war nor diplomacy premised on offering the ayatollah a bigger or better Iran deal.

As Trump stated in his historic speech to more than 50 Muslim nations gathered in Riyadh, Saudi Arabia:

“The Iranian regime’s longest-suffering victims are its own people. Iran has a rich history and culture, but the people of Iran have endured hardship and despair under their leaders’ reckless pursuit of conflict and terror.”

Iran’s supreme leader, Ayatollah Ali Khamenei, has ruled the Iranian state since 1988 — for over three decades — by virtue of 60 votes cast by a council of cronies. Far from representing the will of the Iranian people, the ayatollah leads what Secretary of State Mike Pompeo has aptly called “a kleptocracy”: a theocracy founded on force, fraud and fear.

Rather than imitate President Obama by striking a deal with America’s sworn enemies or falling into the trap of an Iran war that will resurrect the myth of the United States as the Great Satan, it is time for Republicans and Democrats to call for an end to the ayatollah’s war on our friends: the Iranian people. Let us call for an end to their hostage crisis.

That is the only Iran deal worthy of the American and Iranian people.