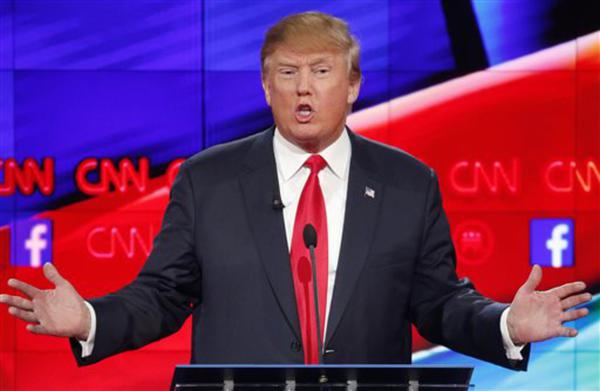 Written By Khosrow Semnani For the Deseret News

In the aftermath of the terrorist attacks at San Bernardino, California, Donald Trump wants to institute a ban that will keep all Muslims out of America until “our country’s representatives can figure out what is going on.” Of course such a ban will not come to pass. The Constitution forbids it. Republicans and Democrats oppose it. Even Israeli politicians, who have a far longer history of confronting terrorism — have chided him for equating Islam with terrorism.

It is repeatedly reported that many of my fellow Republicans support Trump because he appears to be authentic, isn’t afraid to tell it like it is and is not worried about being politically correct.

I see the opposite.

He isn’t authentic, he is cynically opportunistic. He doesn’t tell it like it is, he proposes solutions that are utterly impractical. And rejecting political correctness does not mean he should offend women and every minority he can think of. Yet, Trump gets away with what he says precisely because he is not sincere. It isn’t accidental. We are being played. And what he is selling is fear, not security.

What makes our country and party great is our tradition of religious freedom and our faith in the promise of liberty. We need to remember what George Washington said: “The bosom of America is open to receive not only the Opulent and respectable Stranger, but the oppressed and persecuted of all Nations and Religions.”

It is true that our nation has not always followed its ideals. President Rutherford B. Hayes attempted to stop European Mormon converts from immigrating to the United States in the late 1800s. President Roosevelt ordered the internment of Japanese-Americans in World War II. These were not acts of statesmanship rooted in our nation’s ideals and interests. “Making America great again” does not mean repeating the failings of the past.

While whipping Americans into hysteria about their fellow Muslims, Trump has remained rather coy about his exceptional relationship with Saudi billionaires.

As president, will he prevent Muslims from entering his $790 million, 62-story Trump International Hotel and Tower in Dubai? Will his ban on Muslims traveling to the United States include loopholes for the Saudi billionaire and arms dealer Adnan Khashoggi from whom he purchased “Nabila,” a $100 million yacht? Will Trump and his former, current and future wives continue hobnobbing with Saudi tycoons in the French Riviera while closing American hearts and homes to Syrian refugees? While promoting his Muslim ban, will he disclose which Saudi princes and Emirati potentates have invested in his brand? How have they inflated his holdings and boosted his presidential prospects? Will he also ban their investments?

While Trump may be reveling in the attention he gets from anti-Muslim rhetoric, he doesn’t seem to care about the damage he is wreaking on our national security. The Trump brand is becoming the face of America — weakening friendships that secure our troops, diplomats, partners and corporations in the Middle East. His verbal assaults reverse our gains on the ground in much the same way that the burning of the Quran and other examples of religious bigotry by far less visible figures damaged our standing. It allows ISIS and al-Qaida to poison hearts and minds by portraying themselves as the champions and Americans as the enemies of Islam. While he can shrug the damage off, our statesmen and soldiers can’t.

Our party’s tradition of civility is already a casualty of The Donald’s barrages of friendly fire. And sadly, the rest of the presidential candidates are left gasping for the media spotlight.

At a rally, some Trump supporters may have hurt a Black-Lives-Matter protester. Trump’s response? “Maybe he should have been roughed up.” Then there is his embrace of “operation wetback,” and his slurs against Mexican and Hispanic Americans. And to top it off his mocking of women and Americans with disabilities. What’s painful is not his callousness. It is our silence.

Let’s not forget that taunting and targeting minorities is how demagogues turned Europe’s democracies into cauldrons of fascism. Far too many have paid far too high a price for such degradation of language, liberty and life.

Saying outrageous things that are divisive is not the same as saying bold things that bring people together. Ronald Reagan used his maverick personality to enlarge the party by welcoming people into the Republican big tent — including Reagan Democrats. Trump, however, is leveraging his personality to shrink that big tent into a pup tent or maybe just a sleeping bag.

Let us also remember Reagan’s loyalty to his party.

There is little doubt that Trump’s rampage through the Republican Party will end with an act of self-immolation. The sparks are flying. If cooler heads do not prevail, Trump will do more than catch himself on fire. His brand of Jacobinism will burn through the platform and burn down the party. If Trump’s prejudices and politics — the fear of other races, religions and nationalities — become our party’s platform, we deserve to lose.

Trump does speak for some Americans, but his is a cynical voice. The source of our greatness is our party’s optimism, our people’s generosity and our nation’s openness. Trump has yet to figure that out.